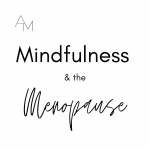 Recovery from the surgery to remove my womb and ovaries (and appendix!) took longer than I expected. I had assumed it would be like recovering from a caesarian (not that I had experienced that), but apparently I was not going to skip through this despite being in my thirties.

The surgeon had done “a magnificent job” (his own words). The modern approach to a hysterectomy is considerably less invasive, I had the full slice and rummage. The consultant report explained exactly why I had been in so much pain and why the recovery was going to be slow.  *Look away now if you are squeamish* 😆

My womb had folded itself in half, the endometriosis had stuck it to other internal organs, there were varicose veins running to my ovaries and appendix and the blood supply to my womb was equally compromised. Each month, the release of an egg caused the ovaries to swell and the blood vessels to expand against the blocked valves, causing pain. Each month as the womb lining prepared for the egg, the folded over organ tried to expand, tearing itself apart from the fold and other organs, causing pain. None of this had been visible on scans or any other investigative approaches.

The twice monthly pain had been excruciating, often dismissed as “it can’t be that bad” its “just period cramps”. On regular occasions I would be in A&E for emergency treatment, usually an injection of pethidine and a shrug… It was assumed I just had a low pain threshold and a need for attention. Finally after many months, I had a series of appointments with ‘the top man’ who decided that it was time to take radical action. There was no further discussion, the “cure” was a radical hysterectomy and oophorectomy.

Once I was finally booked in for the surgery, it was an enormous relief. My focus was all on the surgical recovery, how quickly I would be able to walk, get back to normal, to work. I assumed that HRT would do the job for ‘anything else’ … I had no preparation for what was to follow.

The impact was immediate. Within days I was experiencing symptoms like hot flushes and sweats. Whilst still in hospital, I began using HRT patches with no clear idea of dosage, side effect or efficacy. My journey with HRT had begun … 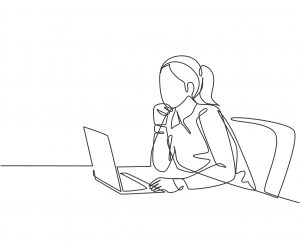 Then began the exploration of the ‘natural remedies’ – black cohosh, red cohosh, red clover, fennel, soya, yams, maca, st john’s wort, valerian, evening primrose, milk thistle, sage … not forgetting extra calcium and vitamins D and Bs. Time was passing, we were now three years after the operation. By this time the migraines had reached a debilitating level of intensity and the hot flushes and sweats seemed unimportant in comparison.

My GP referred to me a specialist for the migraines.

I assumed that my gain in weight was due to the immobility caused by the migraines – I was not fit enough to exercise. I assumed the lethargy was the same, as a side effect from massive doses of pain killers to manage the migraines. Despite my whole hearted adoption of natural remedies, nothing seemed to be working. Not that I was interested in sex (I really did have a headache) but I began to experience dryness ‘down there’ – more gels and applicators and even the excitement of pessaries. I was suitably lubricated but disinterested. Which I put down to the migraines … My skin was oily, itchy or flaky, my hair was lank, I experiencing aches and pains in my extremities, all of which I attributed to ‘being run down’.

My kids were getting bigger, the eldest was 14 and puberty was well underway with a vengeance. She was crazy with hormones (quite literally) and if she had been anyone else’s I would have blamed the parents! The boys were starting their hormonal changes at 12 & 13, and the youngest was catching up fast at 11. So hormones were running wild, teenagers being typical, my mood was deteriorating, which I put down to stress and pain. I was working full time, commuting an hour each way to work, juggling life, bills and the inevitable excitements of a blended family and ex-partners in the background.

I’ll keep the story coming, next time I’ll talk about what happened as a result of all of these experiments. 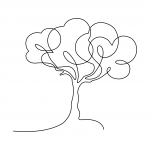